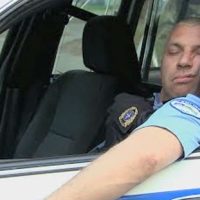 Two drivers vented to King 5 recently after they were struck by a drunk driver on Lake City Way in Seattle. The drunk driver struck the two victims and the Seattle police refused to respond to the accident scene. The two drivers craftily kept the drunk driver at the scene and also called 911 repeatedly for over 3 hours. Finally, they gave up and called the Washington State Patrol who immediately arrived at the scene where they performed field sobriety tests on the at-fault driver and determined that he was impaired.

We always ask people to call the police whenever you are hurt in an accident. Be persistent and patient. Just because the police do not consider your accident to be a major collision, it is important to document the accident and get the personal information of the person who hit you. These details may not seem important at the scene but they can be very important later down the road.

The police report that is generated by the police is a very important part of your accident. The report will contain important identifying information of the person who caused your accident, including his or her full name, address, license number and date of birth. The police will also draw a diagram of the accident which may be important later.

If you are in an auto accident, call 911. While you wait for the police and if you or someone with you is physically or emotionally able, get information. Take pictures – take pictures of the other drivers’ drivers license and license plates. You may have to file a lawsuit later and your attorney will need to serve the lawsuit on the at-fault driver. It can be very difficult months or years later to track down someone named John Smith or Susan Johnson, or any person with a very common name. Even if you did not get the police to respond to your accident scene, we can still help you investigate your injury claim and track down the responsible parties.