Seattle Seahawk Hit-and-Run Accident While Under the Influence 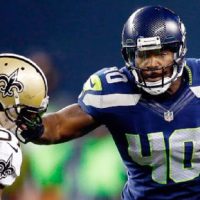 Police are recommending that Derrick Coleman of Seahawks fame be charged with felony hit-and run after causing a car accident in October and fleeing the scene. The victim in of the cars struck by Coleman suffered a head injury and broken collarbone. Coleman also is alleged to have smoked a synthetic marijuana product called “spice” prior to causing the accident.

This was a pretty strange accident based upon the accident. Coleman was going 60 miles per hour in a 35 mile per hour zone when he struck a Honda Civic. After impact, he kept his foot on the accelerator and pushed the Civic 260 feet off the road where it rolled over. Here we have a rear-end collision that caused a roll over. I would also assume that Coleman has a very large insurance policy with large policy limits which should hopeful be large enough to compensate the victim.

This accident also exemplifies the risks of driving under the influence in a fairly unique context involving synthetic marijuana which was found in Coleman’s car. Seattle’s new marijuana laws which have legalized recreational marijuana obviously raise issues as to driver impairment after smoking marijuana. The legislature has added new language to the driving under the influence laws to attempt to incorporate such impairment caused by THC, the active chemical in marijuana.