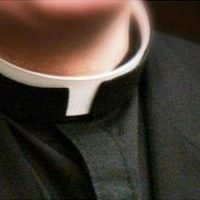 On Friday, January 15, 2016, the Seattle Archdiocese released a long-overdue list of 77 clergy and other employees who had committed child sex abuse in the Puget Sound region. We are just now getting an idea of just how pervasive priest sex abuse in the Catholic Church is. In its news release, the Archdiocese admits that the priests and other clergy “have allegations that are either admitted, established or determined to be credible…”

As we have discovered in representing dozens of former victims of child sex abuse, the 77 individuals on the list are just the tip of the iceberg. The Seattle Archdiocese should release all the names and files of any of its priests or other employees whom the Catholic Church knows to have abused children.

Victims of priest sex abuse often repress memories of the horrific abuse they suffered as children. Years – even decades – can go by before a victim recalls the abuse he or she suffered. Similarly, victims sometimes recall the abuse but do not realize until years later the emotional impact the abuse caused. If you feel you were the victim of abuse, it is imperative that you speak with a lawyer right away before talking to anyone else. If you wonder if you have a claim for childhood sexual abuse, call us and we will discuss it with you.

The Seattle Times published the list on its website here. If you were a victim of child sex abuse at the hands of a priest or other clergy, it is vitally important that you contact an attorney to determine your rights and to begin the process of seeking help and healing. Emerald Law Group attorneys can be reached at (206) 826-5160. Consultations are always free and confidential.