My Own Car Accident Claim – Part 3 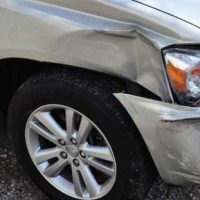 I was in an accident back in May in which I was rear-ended by an uninsured driver. Luckily, my own policy has Uninsured Motorist Coverage which allows me to seek compensation through my own insurance company. My insurer also paid for the damage to my vehicle, though I had to pay a deductible for the property portion.

After going through treatment which largely consisted of physical therapy, the “sub-scapular” injury that I suffered seemed to improve. My physical therapist was really great and I did not miss any appointments, a fact that likely helped me recover within a few months. I had some difficulties over the course of the treatment – sleep was not great and it hurt when I drove or sat at my computer.

Throughout the course of my treatment and recovery, my insurance adjuster called seemingly every week to find out how I was doing. She was nice but everything seemed very scripted and emotionless. She asked that I contact her when I felt I had reached full recovery and that she would work with me to settle my claim. Fair enough, I thought – I have done this a few hundred times (at least) for other people and can probably work out something fair.

Was I ever wrong. The adjuster, who I permitted to see my medical records and bills, made me an offer of basically nothing. I explained to her that I had just settled a case for a former client that was nearly identical to my own: the medical bills were about the same amount and I had even been more diligently with treatment. The adjuster even admitted that she simply did not have the “authority” to entertain a settlement “anywhere close” to what I was seeking (which was not what anyone would consider an outrageous sum of money). She said she would do a “full review of my file” and get back to me. Why she had not done a “full review” before, I’ll never understand. She would not even offer me an amount equivalent to my medical bills.

It is eye-opening to go through this process myself. First, it is very clear that the insurance adjusters who deal with unrepresented people are unwilling to offer you fair money. I went through all the dollars and cents of how this claim would proceed if I hired a lawyer and the adjuster did not care. She had an amount of money to offer me and that was that. Second, it was clear that the adjuster knew nothing about my individual case. She had this small amount of money to offer and that was it: take it or leave it. I also learned that she had no discretion or power – even though I could make solid arguments for how uneconomical she was being.

I ended up walking twenty feet down the hall and asking one of my partners to represent me on the claim. As soon as he sent in a letter, he was notified that a new adjuster was assigned. Now I am represented and will see how this goes. It will be interesting to see how this progresses – I’ll likely have another blog entry once the claim settles or has to proceed into litigation.