Is A Washington Property Owner Liable For The Death Of A Contractor’s Employee? 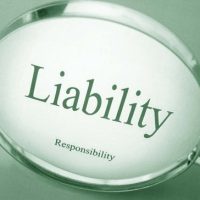 Premises liability refers to a landowner’s legal responsibility for injuries sustained by individuals on their property. For example, if you are injured in a slip and fall accident at the store, the owner may be responsible if you can prove they failed to keep the premises in reasonably safe condition.

As a general rule, however, Washington law does not impose any premises liability on landowners who hire independent contractors to work on their property. In other words, if that same store owner hired a contractor to perform some repair work on the property, the store owner is not responsible if any of the contractor’s employees are injured. The exception to this general rule is that when a landowner retains control over the work site–say they act as their own general contractor–then they can be held liable for failing to maintain “safe common work areas.”

A Washington appeals court recently addressed the limits of this exception. In Farias v. Port Blakely Co., the defendant owned a piece of land in Lewis County, Washington. The defendant hired several contractors to harvest timber from the property. One of those contractors, a company known as BLI, had an employee named Barias.

One day while working on the defendant’s land, Barias’ supervisor directed him to cut several logs. About 30 minutes later, the supervisor found Barias unconscious and pinned between two logs. The supervisor attempted to perform CPR, but Barias was dead.

Barias’ widow, the plaintiff in this case, subsequently filed a wrongful death lawsuit against the property owner (the defendant). She alleged the defendant was acting as general contractor on the logging project and therefore could be held responsible for failing to maintain safe working conditions on the job site. The defendant argued it had no such legal duty.

The courts agreed with the defense. The Washington Court of Appeals, First Division, affirmed a trial judge’s prior decision to dismiss the widow’s lawsuit at the summary judgment stage. Based on the facts presented, the Court of Appeals said the defendant “was not a general contractor but, rather, a mere jobsite owner.” And given the absence of any evidence that the defendant “retained a sufficient amount of control” over how the work was performed, it did not have any “common law” liability for Barias’ death. Specifically, the Court noted that the contract between the defendant and BLI did not “dictate the manner in which BLI employees” should cut logs from the trees. It was ultimately up to BLI to set those policies and safety standards, not the property owner.

If you have lost a loved one due to a preventable accident, you understandably want to hold someone legally accountable. An experienced Seattle wrongful death attorney can review your case and advise you on the best course of action. Contact the Emerald Law Group today to schedule a free initial consultation with a member of our Washington state personal injury team.

By Emerald Law Group | Posted on January 3, 2023
« What To Know About Your Legal Rights If Your Child Is Injured At School
Washington Appeals Court Upholds $2.4 Million Insurance Bad Faith Verdict »