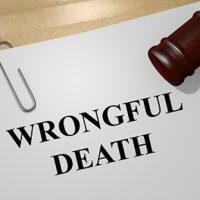 Division One of the Washington State Court of Appeals ruled on March 13, 2017, that the statute of limitations on a wrongful death case did not begin to run until the date the killer of a 12-year-old boy was convicted of murder.

Alajawan Brown was killed April 29, 2010, when he was mistaken for a member of the Crips gang. On June 17, 2010, police charged Curtis John Walker with Alajawan’s murder. Walker pleaded not guilty. His trial took place in January 2012. At trial, he denied killing Alajawan Brown and testified that another gang member was the killer. The State presented the testimony of a witness who saw Walker shoot Alajawan; it also presented evidence that Walker’s DNA was on the murder weapon. Following trial, the jury convicted Walker of first-degree murder.

On September 3, 2014, Alajawan’s parents, Ayanna and Louis Brown filed a wrongful-death tort claim against the Washington State Department of Corrections (DOC) for the death of their son. They then filed suit on November 24, 2014. In their tort claim and lawsuit, they alleged that the Department of Corrections had negligently supervised Walker prior to Alajawan’s murder, and that this negligent supervision was the cause of Alajawan’s death. DOC was aware of Walker’s extensive, violent criminal history. The Browns asserted that in the weeks before shooting Alajawan DOC had received a complaint that Walker had assaulted his girlfriend, that he was selling drugs out of his residence, and that he was in possession of firearms. Had the DOC responded properly to this complaint, argued the Browns, their son’s death would have been prevented.

The Browns appealed. Relying on the “discovery rule,” the Court of Appeals reversed the dismissal. Under the discovery rule, the statute of limitations for a tort claim begins to run on the date that a plaintiff “knew or should have known” of the essential elements of the cause of action. In the Browns’ case, they did not know the identity of their son’s killer until February 2012, when Walker was convicted. In addition, they did not know that Walker was under the supervision of DOC until Walker’s sentencing hearing in March 2012. Based on these facts, the Court of Appeals ruled that the three-year statute of limitations did not begin to run until February 2012. Since the Browns filed their tort claim and lawsuit less than two years after they learned Walker’s identity and that he was under the supervision of DOC, the Court of Appeals held that their lawsuit was timely filed, and it should not have been dismissed. The case was remanded back to Superior Court for trial.