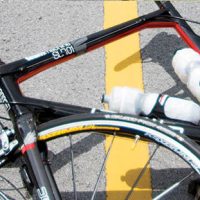 We commented on this same accident a few weeks ago but its back in the news. According to a local news source, a local bicyclist remained hospitalized at Harborview after he was nearly killed by a negligent driver. The victim was riding his bicycle when a driver of a Subaru made an erratic move and clearly did not see the bicyclist.

The bicyclist’s comments make it pretty clear that he was being a cautious and attentive bicyclist just before the driver made a right turn and struck him. The victim is now seeking out the driver who almost killed him and seeking accountability. We will continue to post about this story in the hopes that whatever attention we can bring may help bring attention to the situation.

We hope that the driver is found and can be held accountable both criminally and civilly for causing a horrendous accident and leaving the scene. The bicyclist deserves compensation for the tremendous pain and suffering he is enduring and hopefully the relief of knowing that the driver was caught.

We will continue to monitor this one and see if the police are able to track down the at-fault driver.