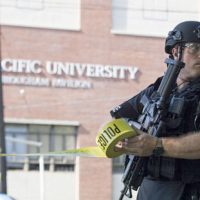 The Times is reporting that a man was shot and killed by officers in the Wedgwood area of Seattle. While we hope that this was a legitimate and lawful use of force by the police, it does remind us of the recent police brutality cases that have been in the news over the past few years.

Police are entitled to use deadly force in certain circumstances. There is usually an internal review of any shootings and an investigation of the circumstances. We will find out more during that process. Again, all the facts as presented in the article indicate no wrongdoing by the police.

The police, however, have a history of using excessive force in Seattle which has resulted in several different recent cases where the department settled with victims. A UW student recently settled his claim for $100,000 after he was beaten in the face by a police officer responding to a noise complaint.

We strongly believe that the police do a fine job in almost all circumstances and that they do not deserve unwarranted criticism. When the police do overstep their bounds, however, victims may deserve compensation under Section 1983 which allows for claims against persons acting under color of the law and depriving individuals of their rights.