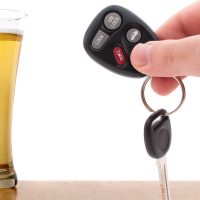 At Emerald Law Group, we are DUI injury attorneys. When we talk about DUI injuries, we are often referring to injuries caused when a drunk driver hits our client. But it can also refer to a situation in which our client was a passenger in a car driven by a drunk driver that causes an accident that injures our client. In both cases, you may also have a claim against a bar, restaurant, or other business establishment that served the drinks to the intoxicated driver as well. This is known as a dram shop claim.

What is a Dram Shop Claim?

A dram is a unit of measurement referring to a small amount of alcohol. The term was primarily used years ago as a legal term to denote an establishment that serves alcohol. In modern usage, dram shop claims became the legal term to refer to a claim one may have when they are injured by someone who was served too much alcohol by a bar (dram shop) and then causes an accident that injures others. Under Washington law, a commercial seller of alcohol may be liable for the over-service of alcohol to a patron that is “apparently under the influence” of alcohol. When a bar or restaurant serves a customer after they are apparently intoxicated, and that patron gets in their car and causes an accident, the injured party may make a claim against the commercial seller for its failure to follow Washington law.

When is a Bar or Restaurant Liable?

Commercial sellers of alcohol have a duty to not serve someone they know, or should know, is intoxicated, and to cut them off and secure them a ride home if the customer is intoxicated. If they do not follow the law, then the establishment may be liable under what is known as a dram shop claim. If a bar or restaurant serves alcohol, its employees serving the drinks need to pay attention to how many drinks they are serving a customer and pay close attention to the customer’s behavior. Signs of intoxication include things like slurred speech, difficulty with balance and walking, bloodshot eyes, difficulty talking, and aggressive behavior, among other signs. When the establishment fails to heed these signs, it may be liable for injuries that customer causes to others if they leave and proceed to cause an accident due to their intoxication.

We have represented people in claims against commercial sellers of alcohol in a variety of situations. If you have been injured by a drunk driver after they hit you or as the passenger of a driver that is drunk, you may not only have a claim against the at-fault drunk driver but the bar or restaurant that over-served them alcohol. Dram shop claims involve a number of challenges that require the help of experienced DUI injury attorneys. Obtaining things like receipts from the bar, video surveillance footage, and police reports with pictures and videos of the field sobriety tests are just the beginning. These claims are aggressively litigated by insurance companies and you need someone fighting for you. If you or a loved one have been injured by a drunk driver, call us today and speak with one of our experienced attorneys for free.