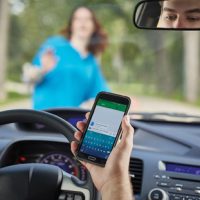 Deaths from distracted driving have been on the rise nationwide and in Washington state. In the U.S., distracted driving caused 3,477 traffic deaths in 2015, a 9 percent increase from the year before, and “a deadly epidemic,” according to the National Safety Council (NSC). In Washington. distracted-driving deaths jumped from 130 in 2014 to 171 in 2015, nearly a third of the overall 556 traffic fatalities in 2016.

Washington State legislators have introduced a bill intended to stop this trend. House Bill 1371, known as the Driving Under the Influence of Electronics Act, would increase penalties for drivers caught using their phones. It would also require that these offenses be reported to courts and insurance companies. Washington currently has a law against texting while driving, carrying a fine of $124, and citations for texting while behind the wheel are not currently reported to the courts or insurance companies. The new law would increase the fine to $350, and would cover use of phones other than texting.

Numerous studies have demonstrated the significant effects of using phones while driving. One study showed that drivers distracted by their phones have reaction times equivalent to someone whose blood-alcohol level is two-and-a-half times the legal limit. A study by the AAA Foundation for Traffic Safety says that even built-in, voice-activated systems can impair brain focus for up to 15 to 27 seconds.