When Is An Insurance Company Liable For Noneconomic Damages Following A Car Accident? 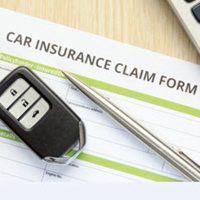 In personal injury lawsuits, a plaintiff may seek both economic and noneconomic damages. Economic damages refer to quantifiable or “out of pocket” losses arising from a negligent act. For example, if you are injured in a car accident, your economic damages would include your medical bills and any lost wages due to time missed from your job.

Noneconomic damages are subjective, non-monetary losses. Such damages are often described as “pain and suffering” or “emotional distress.” These are obviously very real consequences of third-party negligence, but they cannot be quantified using the same methods as economic damages.

Washington Court of Appeals: Insurance Law Must Be Interpreted Broadly

While noneconomic damages are generally available in a personal injury case, a Washington appeals court recently addressed whether an accident victim who sues an insurance company for unreasonably denying an accident-related claim may seek such damages. The case, GEICO General Insurance Company v. Yaws, involved a car accident victim (the plaintiff) who sought coverage under an underinsured motorist (UIM) policy issued by GEICO.

At the time of the accident, the plaintiff was a passenger in a car driven by the GEICO policyholder. Although another driver was at-fault for the accident, they lacked sufficient insurance to cover all the plaintiff’s injuries, thus making them “underinsured.” Accordingly, the plaintiff demanded GEICO pay the $100,000 limit of its policyholder’s UIM coverage. GEICO made a counter-offer of $10,000. The plaintiff rejected the counter-offer but insisted GEICO still pay the $10,000 as the “undisputed” amount owed under the UIM policy. GEICO refused.

The plaintiff subsequently sued GEICO on a number of grounds, including violation of Washington’s Insurance Fair Conduct Act (IFCA). The IFCA allows a claimant to seek “actual damages” against an insurer for an “unreasonable denial of a claim for coverage or payment of benefits.” A jury ultimately ruled for the plaintiff and awarded $84,000 in damages on the IFCA claim.

Prior to trial, however, the judge denied the plaintiff’s request to submit the issue of noneconomic damages to the jury. The trial court concluded that such damages did not fall within the scope of “actual damages” permitted by the IFCA. The plaintiff appealed this decision.

Division Two of the Washington Court of Appeals agreed with the plaintiff that noneconomic damages were in fact available in IFCA cases. While the term “actual damages” can have different meanings in different Washington statutes, the appeals court explained, the legislative history of the statute suggested that the Washington legislature “intended ‘actual damages’ under IFCA to be interpreted broadly and to include noneconomic damages.” The Court of Appeals therefore returned the case to the trial court for further proceedings.

The Court of Appeals’ decision is certainly good news for individuals seeking to recover noneconomic damages from an insurance company, especially since a trial court may triple actual damages awarded under the IFCA. So if you are involved in an insurance dispute or otherwise require legal advice from a qualified Seattle car accident lawyer, contact the Emerald Law Group today.

By Emerald Law Group | Posted on November 30, 2022
« Is King County Responsible For A Dangerous Condition On The Green River Trail?
Understanding Your Legal Rights After Injury Due To Reckless Driving »