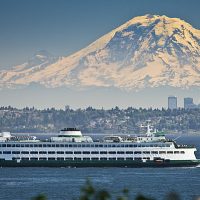 If you are employed and working on a seagoing vessel, such as a fishing vessel or a processor, you are working in an extremely dangerous environment. Each day you face the risk of serious injury or death. In addition to the dangerous conditions in which you work, you also face a very perilous journey if you are injured on a vessel and want to seek compensation for your injuries. Unlike other workers in Washington, maritime employees or seamen are not afforded protection under Washington’s workers compensation laws which are administered by the Washington Department of Labor and Industries. Instead, you are covered by the Jones Act, a federal law that allows an injured maritime worker to sue his or her employer and entitles in federal court.

Persons employed and working on any of the many Washington State Ferries are also covered by the Jones Act. In Washington, there are hundreds of maritime workers employed by the state who work aboard the ferries which run out of Seattle, Bainbridge Island, Anacortes, Edmonds, Kingston and a variety of other locations situated in the Puget Sound area. Washington courts have ruled that Washington State Ferry employees must bring their Jones Act claims in state court, which creates a unique cause of action that requires Washington Superior Court judges to interpret and apply federal maritime law.

The Jones Act allows multiple causes of action that derive from negligence on part of the ship’s owner, usually a fishing company or seafood processor. The claimant may also bring a claim for injury based upon the unseaworthiness of the boat and for failure on part of the employer to pay maintenance and cure – the costs of medical treatment and unpaid wages. The Jones Act and maritime law derive from ancient laws of the sea and British common law that dates back centuries. In general, injured maritime workers are entitled to bring suit without a fee and have a right to a bench trial even if the employer wants the case tried to a jury. To say the least, Jones Act claims are complicated and you need a Washington maritime attorney who understands these types of claims and who can help you navigate the Jones Act and federal or state court system.

If you are injured while in the service of the Washington State Ferries or a seagoing vessel, contact our office to schedule a free consultation and discuss how we can help you with your Jones Act claim.

By Emerald Law Group | Posted on December 12, 2015
« Washington Insurance Claims – How can a personal injury attorney help you?
Settling Injuries to Children in Washington – Minor Settlements »