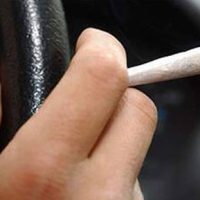 Marijuana is now legal in Washington and can be purchased by anyone over the age of 21. This includes recreational marijuana in addition to medicinal pot that can only be purchased after obtaining a prescription from a doctor and a card. Whether you agree with legalization or not, the availability of marijuana has certainly changed things in Washington.

The Washington Times recently reported that fatal car accidents have increased substantially since the legalization of marijuana. Impaired driving, which we typically think of as involving alcohol, now commonly involves drivers who are under the influence of marijuana. If our roads were not dangerous enough before, there is now added reason for diligence when driving and keeping an extra lookout for impaired drivers.

One problem with marijuana is a lack of enforcement or detection. Whereas alcohol can be detected readily and measured through blood or breath testing, the levels of THC in a person’s blood are difficult to test and difficult to pinpoint timewise. Nonetheless, the increased availability of marijuana likely will lead to more people driving under its influence.

If you are involved in an accident caused by someone you believe was under the influence of marijuana, we can hope that the police also make this same observation and pursue criminal charges as warranted. If liability is disputed or the fact of the accident are contested, the fact that the other driver’s abilities and memories may have been hampered could play a role.

During discovery – the process where we find more information about your accident – after a lawsuit is filed, we always ask if the other driver was under the influence of any drugs or alcohol. This information can be very important in piecing together what happened and painting an accurate picture of the accident. Call our office if you were in a car accident or need legal advice on handling car accidents that result in injuries.