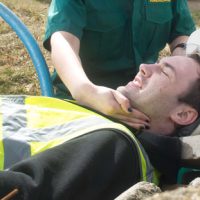 The Times reported a few days ago that a construction worker died when a trench collapsed and buried him beneath six feet of dirt. Most accidents like this are investigated by the Department of Labor & Industries to determine if any of the contractors or sub-contractors on the site violated safety regulations.

In Washington, an injured worker typically must turn to our worker’s compensation scheme through the L&I for compensation. In certain cases, however, a worker or his family can bring a claim for negligence or wrongful death against the general contractor who was overseeing the project. This liability was established under the landmark Washington Supreme Court case Stute v. PBMC. A detailed explanation analysis of the Stute liability serves as a good guide for both workers and the contractors who may be liable for injuries that occur due to violations of the Washington Industrial Safety Health Act.

The worker who was killed last week may have left behind a family who could possibly bring a wrongful death action against the general contractor for the construction project if the general contractor was negligent in its supervision of the site or safety measures. If the deceased worker left behind children or a spouse, they could all be entitled to compensation for economic losses and lost love and affection. It will be interesting to see if any fines are issued to the contractors or subcontractors at the site.