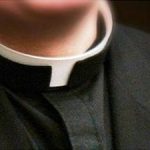 On Friday, January 15, 2016, the Seattle Archdiocese released a long-overdue list of 77 clergy and other employees who had committed child sex abuse in the Puget Sound region. We are just now getting an idea of just how pervasive priest sex abuse in the Catholic Church is. In its news release, the Archdiocese… Read More »