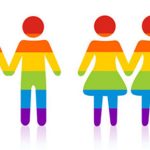 In February 2017, the Washington Supreme Court ruled that a flower-shop owner’s refusal to provide flowers for the wedding of a gay couple violated the Washington Law Against Discrimination (WLAD). The couple, Curt Freed and Robert Ingersoll, decided to marry after the Washington legislature legalized gay marriage in 2012. The couple had been long-time… Read More »